There's a saying someone told me this summer - there's three pillars in life: health, time, and money. At any given moment, most people have at most two. If you're fortunate enough to have all three, you make the most of it while you can.

I took 6 months off this year. Three of them were spent traveling South America, two back on my home islands, and the last one moving to New York. I also turned 28. I'm lucky - I work in a good-paying field and live generally below my means. I saved a lot without really intending to and it bought me a long runway.

There's no magic story of going out and finding myself here. I think I had a firm grasp of who I was, but over the years I'd accumulated stuff. Just this mental cruft that you carry around with you from your surroundings. I knew I wanted to move out of San Francisco and I knew I wanted to leave Uber. I really enjoyed most of my time at Uber, but Uber today is different than it was 3 years ago. In many ways for the better, but in many ways also for the worse. I'd been taking my time in figuring out what was next. Exploring possible cities (I was deciding between Amsterdam, London, and New York), talking to friends at companies in those cities. I felt like I was stagnating and actively had to seek mentorship externally because I couldn't find it internally. I did find that mentorship too, and I'm really grateful to folks that offered it, whether they realized it or not (I've made sure to tell them since, just in case). When I brought this up at Uber at one point, I was told in no uncertain terms that I was senior and that Uber considered senior a terminal level (and by extension that they didn't share my opinion on a need for further growth). I was only 27 and 5 years out of school though, I have plenty to learn.

Then in March I hit burnout, hard.

I can even visualize it. I'm a pretty regular contributor in open source, and here's a graph of my GitHub activity around that time.

It's not as stark as some similar GitHub activity graphs for burnout, but there's a very obvious wall here. I have vivid memories of that first week of March. It was the closest I got to same-day quitting at any point in my time at Uber. I think the only thing that really stopped me was a couple of coworkers that pointed out, if nothing else, I should wait until spring bonus went out in April. There were and remain serious engineering culture issues at Uber. At one point I was a part of that problem due to an online "no time for fools" mentality, but worked hard over the past few years to fix that. I'd been frustrated in the past (Uber was far from perfect), but now I was angry. Angry because I felt (unfairly or not) like an increasing percentage of the engineers I worked with were apathetic toward the quality of their work. Angry because I felt like I was actively given the runaround on projects where I would be asked to do one thing, and then be torched for doing it if it exposed another issue in the codebase later (this is a frequent problem for platform teams). Frustrated that that week was something new every day and I didn't have any support structure above me to help with it other than an absent manager that was too busy trying to manage two other teams aside from ours.

I waited until April, and I gave my manager and team a full month's notice. I bootstrapped teammates on projects that would transfer and battened down the hatches where I could on projects that were likely just going into maintenance mode. I wrote a 10 page retro doc and shared it before I left.

I'd been talking with some other companies and had mostly decided on New York by this point, but the appeal of any company at that point was 95% that they weren't Uber. That meant that every other company sounded 95% the same. So I punted on deciding what was next and instead wanted to take some time for myself.

My lease was up April 30th, my last day at Uber was May 3rd. I stayed in SF for another week for Google I/O to see friends, Uber also IPO'd a week after I left. Then I left SF for good. I went to Bonaire first, where I was staying with my sister. We're from Curaçao originally, but Bonaire is probably the closest thing to "home" for us these days. ~20,000 people, remote, beautiful, flamingos, donkeys, and windsurfing. I knew I wanted to travel, so decided to just fly to Colombia and take it day by day from there. I had ideas - places I wanted to see, hobbies I wanted to explore.

I think there's a fine line between taking a long break for growth and running away from your problems, and it's very easy to hide the latter behind the former. It was really important to go into it looking toward the future. Not running away from unhappiness in SF, but toward happiness somewhere else and taking the scenic route on my way.

There's so much I wish I could tell you about. The French girl I met in Arequipa, the Quebecer girl I met in Cusco. The Irish I spent two weeks traveling Bolivia and Chile with, or everyone else in our group or hostel that I actually spent the time with. Every night of wine and Shithead, every breakfast with bread and coca tea. Every protester that blocked our road in the mountains of La Paz with dynamite, every local that would let me practice Spanish with them. Every alcoholic in denial, every aspiring student on their gap year. The boy in Rio that drank to cope with the passing of his father, the girl in La Paz that got tattoos to cope with her own quarter-life crisis. The Andean flamingos, the desert fox (pictured), the marine iguanas, the penguins watching me snorkel, the baby sea lions circling us playfully, the alpha male circling us menacingly. The llamas, alpacas, vicuñas, and my new found appreciation for Emperor's New Groove. Every guide in the Peruvian Andes and how they all just called us by "chicos". The Chilean girl in Santiago that piled blankets on me when I was shivering from food poisoning, the girl from Birmingham that saved me a slice toast in the morning (even if I didn't wake up in time). The Irish guy that lost his sock trying to do cocaine in a porta-potty and felt compelled to tell me about it, and the same Irish guy asking me the next morning at breakfast if I knew what happened to his sock. Every German-speaking girl in Galapagos (I don't know why this was a thing), every backpacking French couple in Peru. Keeping warm with wine in a salt shelter in -9 C on the Uyuni Salar, ditching layers in -8 C in the next one because alpaca blankets are too goddamn warm. The Scottish guy that made plans with a girl to meet in the bathroom, only to accidentally go to different bathrooms. The Swiss girl in Cusco that wishes she had a better relationship with her mom, the French girl that wishes she had a better relationship with her sister. The thieves that stole my phone in Rio. The pickup soccer on a coffee farm somewhere in the highland jungle on the way to Machu Picchu, the village at the bottom of Colca Canyon. Every new friend I'll see again and every old friend I did see again. Every waterfall, valley, mountain, river, trail, canyon, island, beach, boat, and bus. My apparent lack of trouble with altitude and apparent abundance of trouble with mosquitos in Rio. The Canadian guy I traveled with from Puno to La Paz, and ran into again in San Pedro. The Canadian girl I met in La Paz and ran into again in Buenos Aires. The best parts and worst parts. The breathtaking and the underwhelming. The journey and the end.

But I won't, because it's my story; and you need to get back to writing yours.

All that mental cruft was falling away and I could even measure it. A two day hike early on felt like an eternity away from my phone and the internet. Then a four day hike to Machu Picchu felt easier. Finally - a four day trek through the salt flats and deserts of Bolivia/Chile border and I hardly noticed. In the context of being physically somewhere else, I was able to see myself and where I wanted to be in a different perspective.

Now I'm in New York and really happy with the change. My social life is vastly improved, I think helped by a resurgent social confidence I regained this summer. I've got a cozy apartment in the heart of East Village and a 10 minute walking commute. I'm at Slack now, with employment starting November 3rd - 6 months to the day since I'd left Uber. The eng culture so far has been more than I could have ever hoped for. I feel like I'm growing again. Not only learning new things but also working with people that also want to learn new things, and learn them together.

Something that stuck out to me upon returning to, I don't know, civilization? An outpouring of support on Twitter and Facebook from friends that were happy to have seen me do this and a deluge of questions of where I went and how I did it. I don't think it was any bit of magic or advanced planning though, just a leap of faith. Judging by the inquisitions I got, I think it's a leap a lot of other people wish they could take, and I hope they find a way to. The only advice I can offer is to have a destination at the end. How and when can be day-by-day. South America for 3 months in total cost me around ~$12,000. I traveled alone and stayed in hostels, but you never really feel alone. Favorite place was Galapagos, favorite country was Peru.

I like to travel, and I think one thing I learned this summer was why. Sure, it's fun to try new foods or see majestic cities and scenery. I think it's something a little deeper for me though. I come from a very small place, where the world stopped at the shores and the waters stretching to the horizon were the rest. Every night the sea swallows the sun and every morning the sea spits it back out. In some ways, I think traveling allows me to shrink the world a little bit again. Not put it back in the box, but rather to know what else is in the box. There's something unsettling and yet exciting about knowing there's more. Somewhere else, somewhere completely different from your current context and somewhere you can unhook, experience something different, and at the same time truly understand what's at your core. For me - there's nothing more cozy sitting on those shores on island and just listening to the tide caress the beach. I'm not there now, but I can always come back to it. Every time knowing just a little bit more about what's beyond that horizon and enriched with new memories of shared experience with the people I met and the places I saw there.

I like learning new things. That's a sufficiently vague claim, but it's intentionally broad. There's different conduits for learning: open source libraries, side projects, any sort of learning pursuit outside of your day-to-day work. I'm a big believer that these pursuits, however trivial, usually 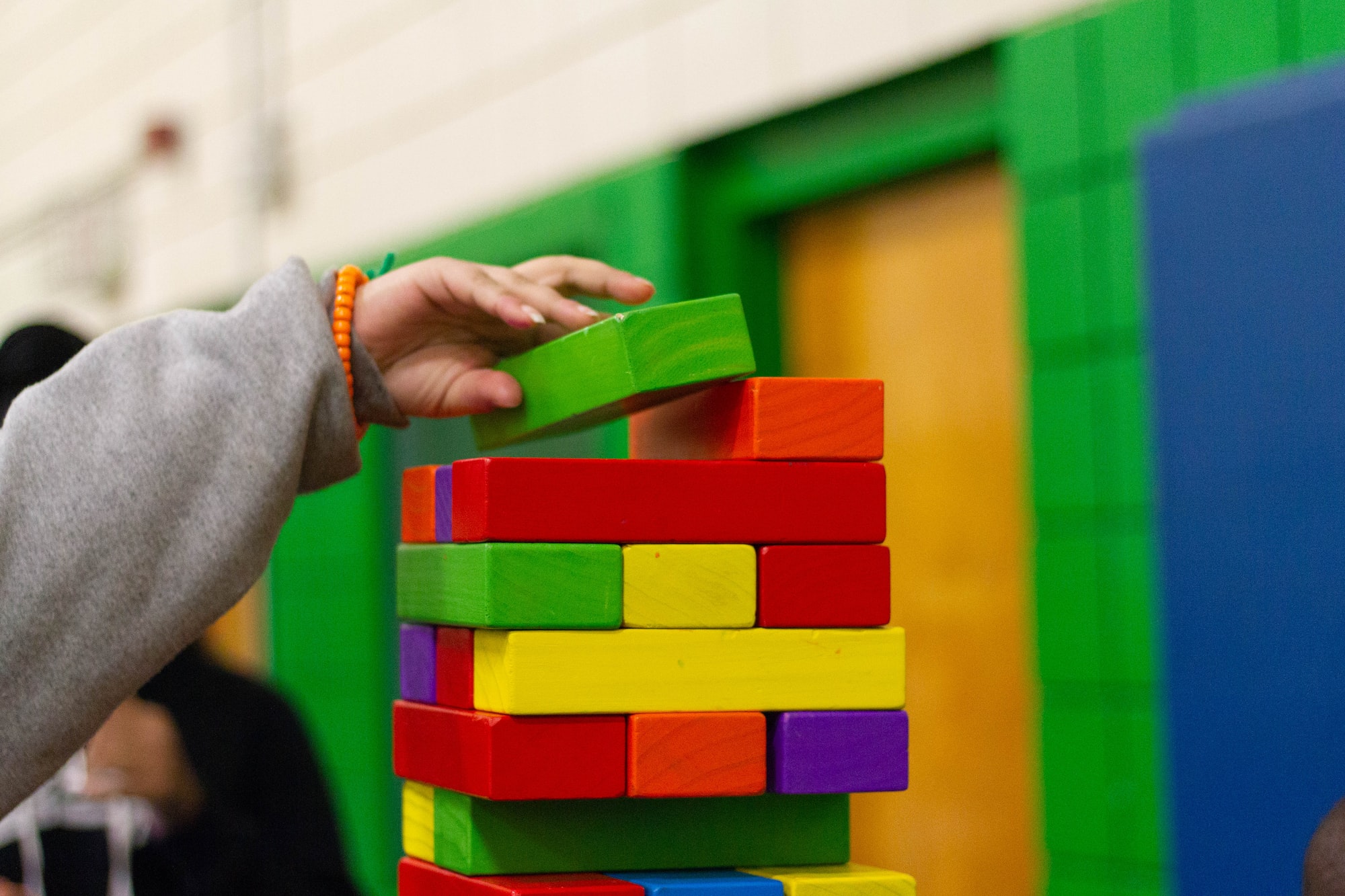